Ground B- Finger Prints And Bullets 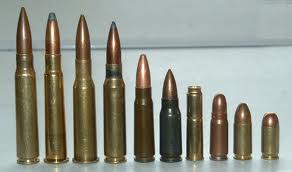 The prosecution tried to tie some very shaky “hard evidence” to Ken Andersen, in order to convict him. The second reason Ken deserves a new, fair trial; one that follows the rule of law, is this doubtful testimony. Here is Ground B of why he did not get a fair trial.

Nathan Pearlson, a BCA agent, got on the stand at a murder trial to help the Becker County DA blame Ken Andersen for the killing of Chad Swedberg. Pearlson is supposed to be a firearm and bullet examiner. The problem here is that he didn’t actually examine the evidence laying on the table there in the court room. Paul Sabo didn’t either. Sabo, a tech for the Winchester-Owen Corporation, was sent an “image” to take a look and then sent Pearlson an email with his “opinion”.  The first problem here is who-in-the-hell-is Paul Sabo? Is he qualified to examine bullets used in a murder or a firing range? The judge doesn’t care and allows this crap. The second problem is that Sabo is not a “live” witness and this report has to be thrown out, according to the US Supreme Court, if that means anything. Sabo can not be cross-examined and breaks the rule of a fair trial. The next issue is the latent prints on the rifle that lies on the table. No second verifier was never identified. They just said “trust me”, it was verified a second time. Again this is “hearsay” evidence and can not be used in a trial.

The legal definition is “As a general rule, hearsay evidence of a fact is not admissible. If any fact is to be substantiated against a person, it ought to be proved  in his presence by the testimony of a witness sworn or affirmed to speak the truth.” The bottom line here is that the only fix for this shattering of the rule of law that has no exceptions is a NEW TRIAL.

The most absurdity of this testimony is the evidence they are putting forth was bullshit anyway. The bullets were never proved to be the same kind as that were fired from the rifle they found, and no one saw Ken Andersen shoot the rifle and kill Chad. It was only a theory and they were  never able to prove this in court. The jury had plenty of reasonable doubt. Why did you vote to convict an innocent man?

View all posts by johnkbucher

One thought on “Ground B- Finger Prints And Bullets”